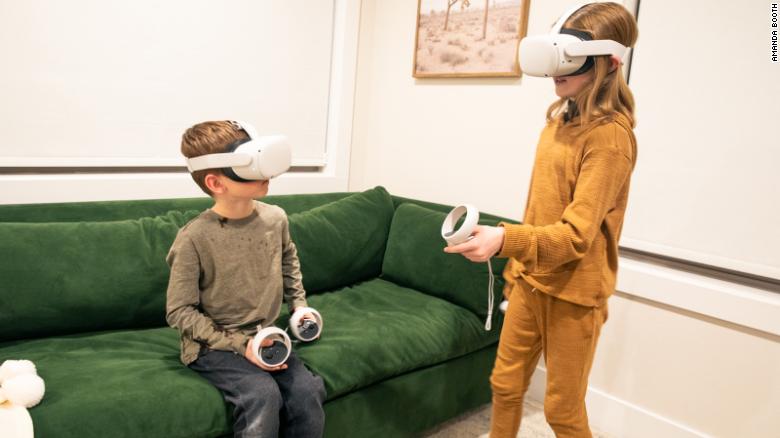 CNN Business reporter, Rachel Metz, reached out to XRSI founder and CEO, Kavya Pearlman, to discuss one of the most significant areas of interest for XRSI, the safety of children in the immersive space.

As highlighted in the first part of the article, “the headsets are popping up in more homes”. Unfortunately, “several models, including the Quest 2, lack established parental controls like time limits and maturing settings for profiles that you can find on a traditional video game console or a service like Netflix”.

Additionally, many parents are seriously concerned because they “can see what their kids are watching or playing on a screen like a TV, tablet, or smartphone. It’s trickier with VR, however, as the display sits on the user’s face, hidden from anyone around them.”

Building on this concern, CNN asked Kavya a comment.

“Things you see you can’t un-see,” she said.

Additionally, very little is known about how VR usage can impact children over time. A range of studies have been conducted over the years, but it remains unclear whether and how VR can harm a child’s eyes, brain, or psychological development. Pearlman hopes to see more research this year. Such work may be financed by Meta itself, as it announced in 2021 a $50 million investment in research geared in part toward “youth digital literacy programs” for the so-called metaverse.

Beyond monitoring what kids are doing when wearing a headset, Pearlman recommends talking to kids about not talking to strangers in VR (as she pointed out, “that could be anyone” you’re interacting with). The XR Safety Initiative lists a host of recommendations for parents whose kids use VR online — including that they check individual apps for the existence of different safety settings. Pearlman also advised that kids spend no more than 20 minutes using VR at a time, though she acknowledged it’s an arbitrary time limit.

“I think the time limit really depends on the amount of stimulant the experience gives to the child, which we can’t really calculate on the fly,” she said.

Read the full article on CNN.com
We use cookies on our website to give you the most relevant experience by remembering your preferences and repeat visits. By clicking “Accept”, you consent to the use of ALL the cookies.
Do not sell my personal information.
Cookie SettingsAcceptReject AllCookie SettingsRead More
Manage consent